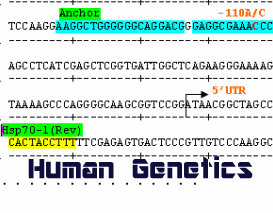 After graduating from the high school I took admission in Guru Nanak Dev University (GNDU) in Amritsar to pursue a Bachelor degree in Human Genetics. In 1994 the education of the subject of Human Genetics was still in infancy in India. GNDU was the first university to introduce a full time BSc and MSc degrees in this subject. The university also had one of India’s first, state of the art, centers for Genetic Disorders. Because of the presence of the department and the center, the university had also become one of the hubs where current and future research in the field was presented and discussed. Every second year GNDU was organizing an international conference on ‘human genetics and diseases’ where Human Geneticists from all over the world participated.

And mid-1990s was also the time when the interest in the field of human genetics and its ethical implications was reinvigorated by cloning of Dolly. Geneticists were also looking forward to the completion of the Human Genome Project and how that would affect our understanding of humans as we know.

After completing my BSc in Human Genetics I went on to do my MSc in the same subject. In the final year of my MSc I did a project where I studied the genetic variation in one of the homogeneous populations of Punjab. This work was carried out in collaboration with Bhabha Atomic Research Center in Mumbai, where I spent a month pursuing part of the research.