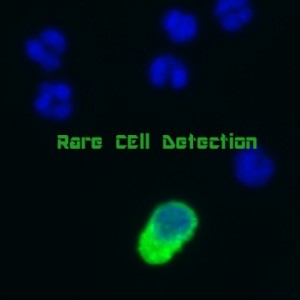 When I completed my PhD in 2006, I was offered a research position at Cytotrack ApS, a Copenhagen based company which was involved in the development of a high speed scanner for the detection of rare cancer cells in the blood (also referred to as circulating tumor cells or CTCs). I was working with a multidisciplinary team, mostly engineers, who had developed the first prototype of the scanner. As the only biologist in the team, my responsibility was to develop protocols and perform pilot tests to quantify the efficiency of the scanner to detect rare cells. This initial testing led to the next stage of development where the scanner could be used to detect tumor cells from the real samples taken from cancer patients.

Early detection of the CTCs in blood has been shown to have a positive impact on cancer prognosis. However due to scarcity of the tumor cells in blood and in the absence of technologies to enrich and quantify those cells, it has been difficult to use CTCs in cancer diagnosis. The Cytotrack scanner was developed to address these challenges.

After working in Cytotrack ApS for 11 months I joined FCMB ApS, a company involved in the enrichment of fetal cells from pregnant women’s blood.

In 2007 I was offered a research position at FCMB ApS, a newly formed company that had acquired a seed capital to develop on the work done by its founders to enrich fetal cells from maternal blood. Cells from the fetus are in circulation in the maternal blood and their enrichment and analyses can have immense potential in risk-free prenatal diagnosis, which currently is dependent on invasive techniques such as CVS (chorionic villi sampling) or amniocentesis. However enrichment of the fetal cells from maternal blood is challenging due to the rarity of the cells (approximately one fetal cell among a million maternal cells) and lack of specific markers of the fetal cells.

We were the first to identify specific markers for fetal cell enrichment and detection. Starting from a phase where we would hardly find fetal cells in maternal blood samples, we came to a stage where our technique would enrich fetal cells from almost every blood sample from pregnant women.

The project at FCMB lasted until August 2011 and we acquired two patents for the technology that we had developed for the enrichment of fetal cells. The work and findings were presented in numerous international science congresses and also reported in two peer-reviewed journals.

The development work that FCMB ApS did was reborn into ARCEDI Biotech ApS in 2014. With a leaner team, and a more targeted approach, ARCEDI Biotech is aiming at developing the technology for non-invasive prenatal diagnosis, based on enrichment of fetal cells, that can be implemented via various rare cell detection platforms. ARCEDI is also emphasising on the upcoming technologies that can use the enriched single cells and perform various genetic applications on them. 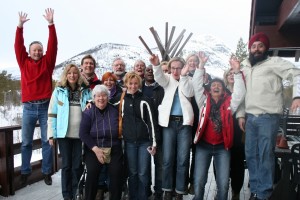 FCMB on a team building trip to Hovden, Norway in 2009